World Cafe launched on October 14, 1991. Distributed by NPR to more than 200 US radio stations and heard by nearly 600,000 listeners each week, World Cafe is known by artists, appreciative audiences, and the radio and music industries as an influential source for music discovery. The two-hour daily program features a mix of artist interviews with in-studio performances by both established and emerging artists. The music selection encompasses singer-songwriters, classic rock, indie rock, Americana, alt-country, blues, world music, R&B and soul. As the nation’s most listened-to public radio music program, its impact on the careers and audience awareness of thousands of artists is immeasurable.

The World Cafe is broadcast on WXPN Monday through Friday at 2pm ET. 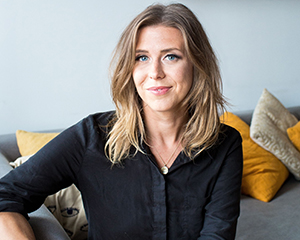 World Cafe is produced by WXPN in Philadelphia. It is hosted by Raina Douris, along with contributing host Stephen Kallao.

Sense of Place – The World Cafe team visits musical hotspots all around the globe for the show’s “Sense of Place” series. In each city, the team captures the sights and sounds, records studio sessions with native musicians, and interviews musical influencers to present them to you on the air and online in a week long feature for each city. Check out past sessions, archived on World Cafe on NPR Music

Latin Roots – a bi-weekly series on World Cafe made possible by the Wyncote Foundation. Join the World Cafe as we explore the vast variety of music from Spanish-speaking countries and people. From the standards like cumbia, mambo and son to Latin rock and even reggaeton, we’ll hear it all on Latin Roots.

Did you miss a World Cafe session of your favorite artist? Visit our World Cafe Guests page of archived episodes.